adidas Global Brand Ambassador, DJ Neil Armstrong, who is also a Filipino, will be coming to the Philippines this week, May 12, to launch the newest line for adidas Originals. Check out the details below if you want to come. See you there! :) 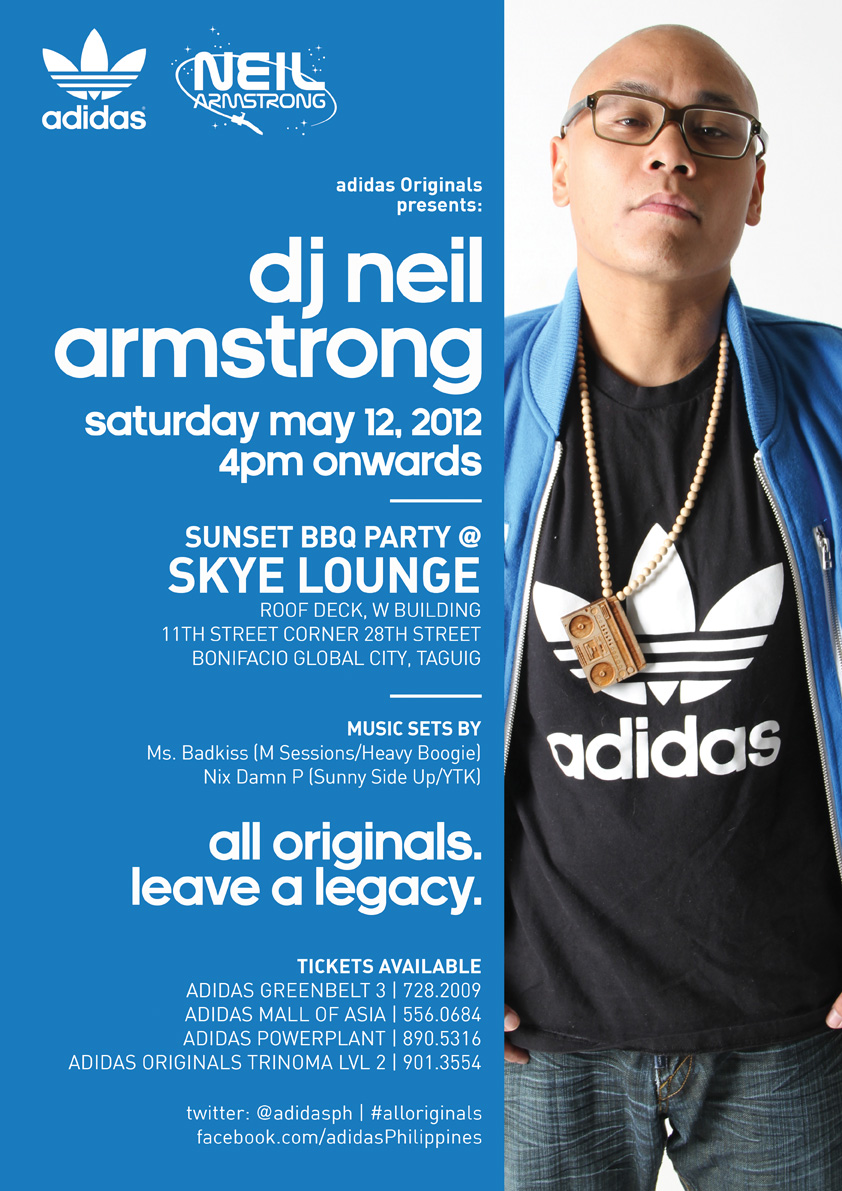 DJ Neil Armstrong is adidas' Global Brand Ambassador (2010). He was the DJ of Jay Z's tour (2008 and 2009); founding father of the DJ Collective the "5th Platoon;" spinned alongside artists De La Soul, The Roots, Kanye West, LL Cool J, Busta Rhymes, Wyclef Jean and more; member of critically acclaimed two-time Grammy-Nominate jazz band Russell Gunn and Ethnomusicology; made an indelible mark in the sub-genre of Hip-Hop known as "Mixtape Culture;" NBA's DJ of choice for the Rookie Shootout since 2006; rocked 100,000 fans at the Glastonbury Festival; anchored performance in the Letterman show; spun for adidas at the Olympic Games in Beijing; shared the stage with Rihanna, Beyonce, Kanye West, Swiss Beats, Puff Daddy, Timbaland, Memphis Bleek, EPMD, Method Man and more; played alongside Slayer, Interpol, The Cool Kids, Neil Young, Mark Ronson, Coldplay, Linkin Pak and NER; and HE IS A FILIPINO! :) #reprezent
written by Bong at 10:26 AM