My uncle, Martin, blaming me as his reason for being addicted to Plurk, created such genius invention - The Plurkybar! :) So you might ask, "What's a Plurkybar?" Here's his explanation on his creation lifted from his post, "Plurkybar: extending a bar to your life(line)". 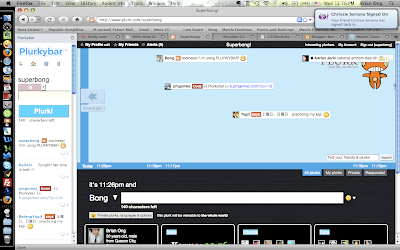 If you like what you see, you can download Plurkybar 0.1 now at his site. He's also asking for your feedback, comments and/or suggestions. Go land on his site, and see what Plurkybar is all about! :D Enjoy plurking!